A Story of Grace

From a simple conversation in 2007, to the dedication of our church building in 2016, and to our plans for the future, God has blessed and guided the work of our parish. The tenacity of our founding parishioners, and the generosity and zeal of newer parishioners and young families, has paved the way for God to build up our community of faith and entrust us with the Gospel mandate. Here is our story. As a member of Team Grace, here is your story!

In the summer of 2007, while the parishioners of Saint Phillip Neri Church in Fort Mill, South Carolina, were together for a parish picnic, a parishioner asked the pastor of St. Phillip Neri why there wasn’t a Catholic church in Indian Land. The pastor laughed, but expressed his interest in helping to form one. Later that year, several Catholic residents of Indian Land met to further discuss the idea. From this meeting, a steering committee was formed, which led to a Mass being celebrated in Indian Land.

Our first Mass as a community was celebrated at Belair United Methodist Church on February 9, 2008.

New Land and our First Building

In 2008, a 12-acre plot of land on South Carolina Highway 75 (Waxhaw Highway) and a modular building were donated to our effort. The following year, land improvements, including clearing, grading, electric, water and sewer plans, were all made to our new property. In 2010, the modular building was moved onto the donated property. It was remodeled for use as a Parish House, and a simplified parking lot was also constructed at the time. It was decided that a daily Mass would be celebrated in the Parish House on Thursday’s and that an early morning Mass would be offered there on Sunday’s. The first Mass celebrated on our new property was in the Parish House on January 6, 2011. As our community grew, children’s faith formation classes, and various parish groups, began to meet in the parish house on a regular basis. With these developments, we began to nurture a hope that a future house of worship would rest on the new property. As an indication of this hope, a sign reading “Future Home of Our Lady of Grace Catholic Church” was proudly posted on our property. In 2012, we drafted a design for our new church and launched a capital campaign to build our new house of worship. In 2013, the land was blessed during a groundbreaking ceremony. At that time, our community was formally named a “Mission” of Saint Philip Neri Parish. In 2014, a columbarium was constructed next to the Parish House on our parish grounds.

Dedication of Our Own Church!

In 2016, after eight years of faith, hope, and tenacity, we finally saw our vision come to fruition! On August 15, Bishop Robert Guglielmone, Successor of the Apostles and Thirteenth Bishop of Charleston, consecrated our new church building and its altar as a formal place of worship! Finally, we have a spiritual home of our own!

In the Dedication Mass, the Bishop praised our vision and hard work, as well as that of Father John Guiliani, CO. At the same time, the Bishop announced that Father John would not remain with our community, but would return to his other duties at Saint Philip Neri Parish and the Rock Hill Oratory. In his farewell comments, Father John said, “I feel like a dad and now my child is going out on its own after eight years. They’ve grown up with this place and are ready to go.” In his stead, the Bishop named Father Jeffrey Kirby, STD, as the diocesan Priest Administrator of our Mission. Among many other priests from the surrounding area, Father Kirby was at the Dedication Mass during this announcement by the Bishop.

The response to the initial Mass was so extensive - with over 200 initial parishioners attending - that the Belair church was too small. A search was conducted to find a new location. In April, 2008, a Saturday evening Mass was begun at Indian Land High School. After a few months, however, conflicts arose between the Mass schedule and various school activities. A new search was undertaken, and the Saturday evening Mass was moved to the Indian Land Recreation Center. The Saturday evening Mass was celebrated there until the dedication of the new church in 2016. While an itinerant community, we were under the pastoral care of Father John Guiliani, OC, the pastor of Saint Philip Neri Parish. As such, our community acted as a mission of this parish.

Formal Status as a Parish

In the first year of our new building, we continued to expand and grow. Many new parishioners and young families joined our mission. Our liturgical life, formation programs, prayer opportunities, holy fellowship, and outreach to the poor and needy developed as we grew into our new church building and into our place as a leader in Lancaster County and the surrounding areas.

As we proved our financial viability and apostolic zeal, Bishop Robert Guglielmone, DD, raised Our Lady of Grace Mission to the canonical status of a “parish.”

In the ceremony, during which the Profession of Faith and Oath of Fidelity were taken, Father Kirby recommitted his priestly ministry to our parish. He acknowledged Father John Guiliani, OC, who was present at the ceremony, and thanked him for his long and arduous work with the community at its founding. He also rallied us to a deeper living out of our vocation and mission as a Christian community.

In February, 2019, we joined diocesan efforts and launched our capital campaign, Building God’s Kingdom.In its first phase, we paid off the remaining mortgage of our church building. The mortgage was burned in a prayerful ceremony following our Anniversary Mass on the Immaculate Conception, 2019.As we continue to grow as a parish community, our hopes lead us to a larger campus and more room for our Gospel mission. Our attention, therefore, is drawn farther down Highway 521 to a 53-acre piece of land, which we affectionately call Catholic Land. The next phase of our campaign will be to pray earnestly and raise the funds necessary to purchase this land and prepare ourselves for the future! 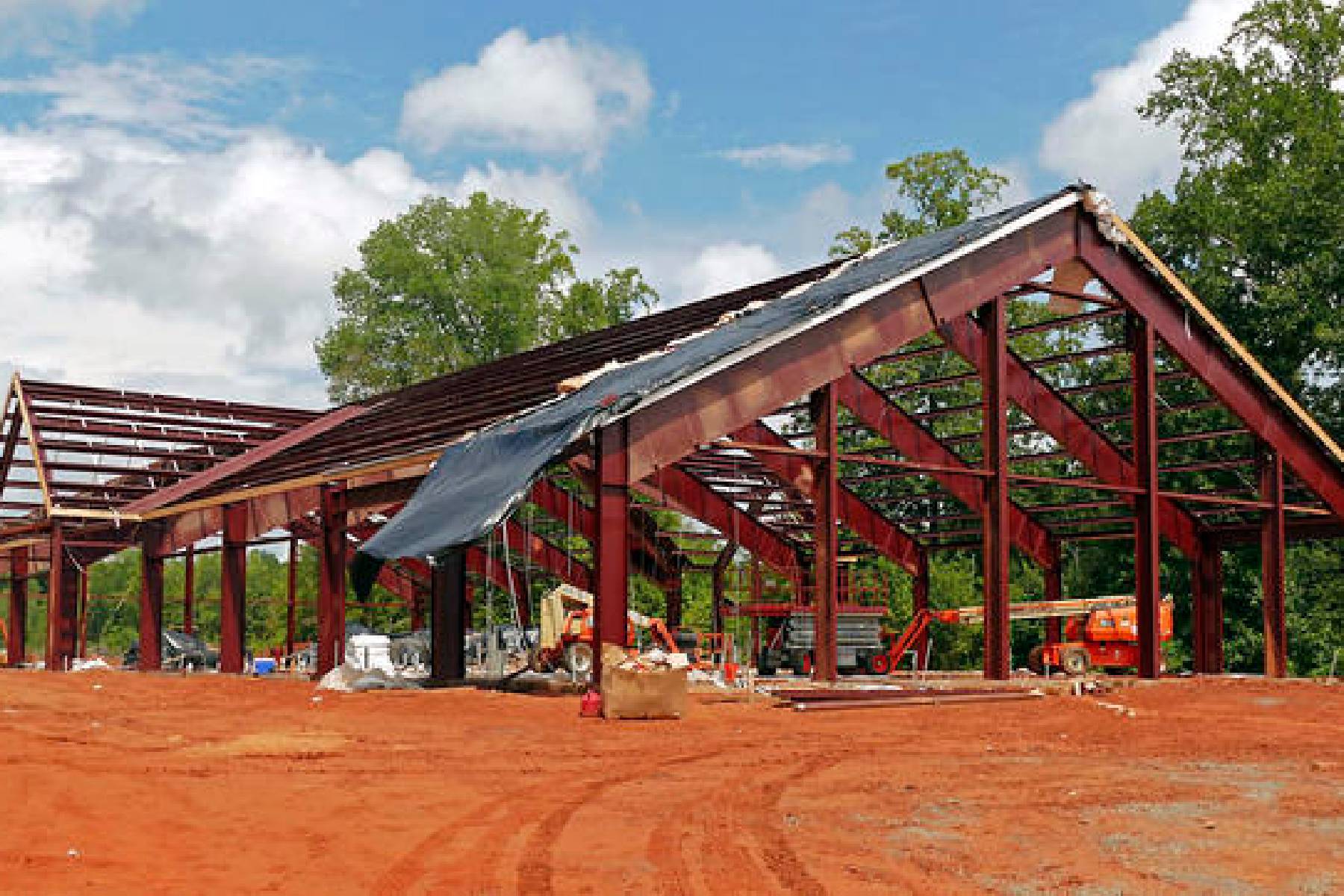 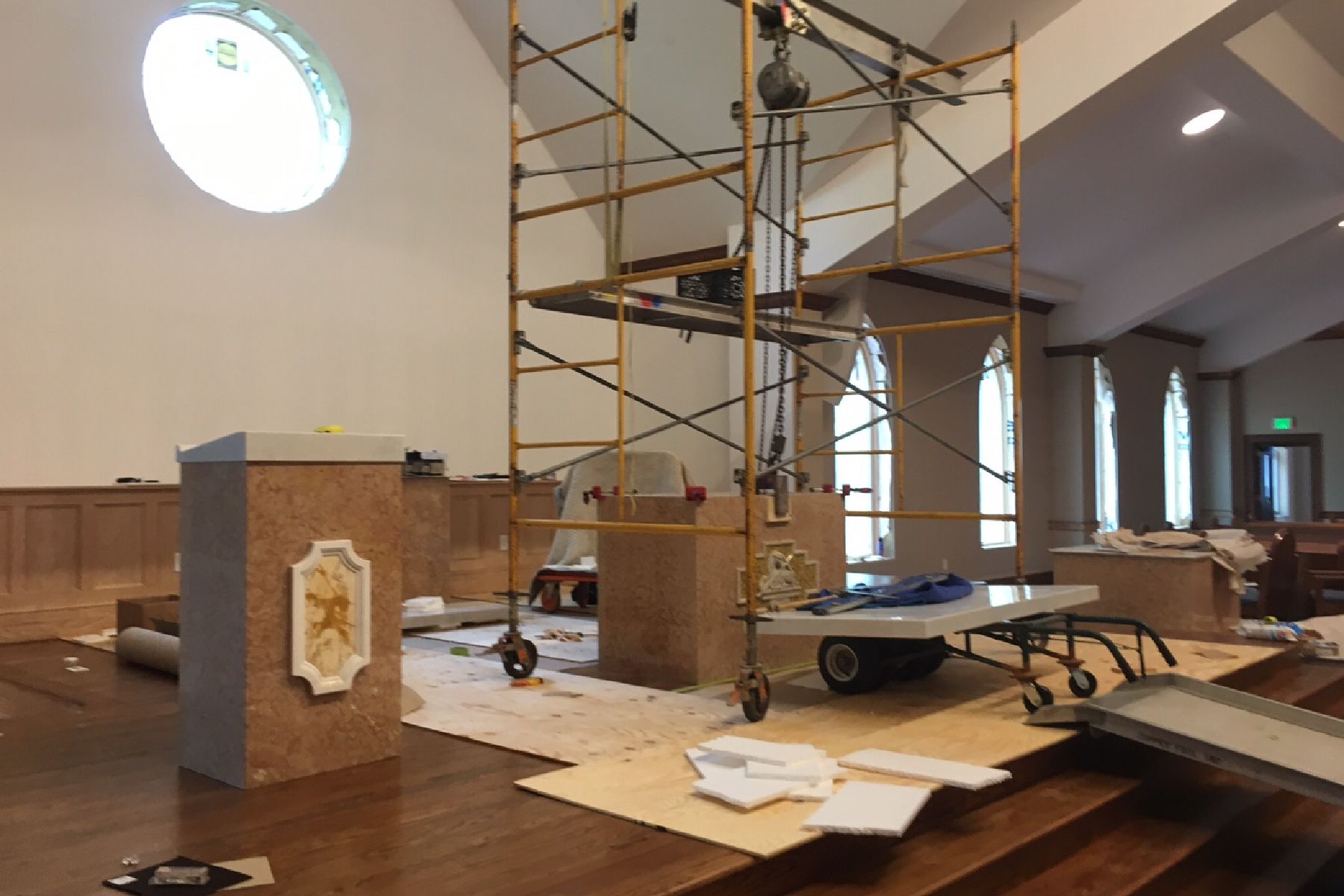 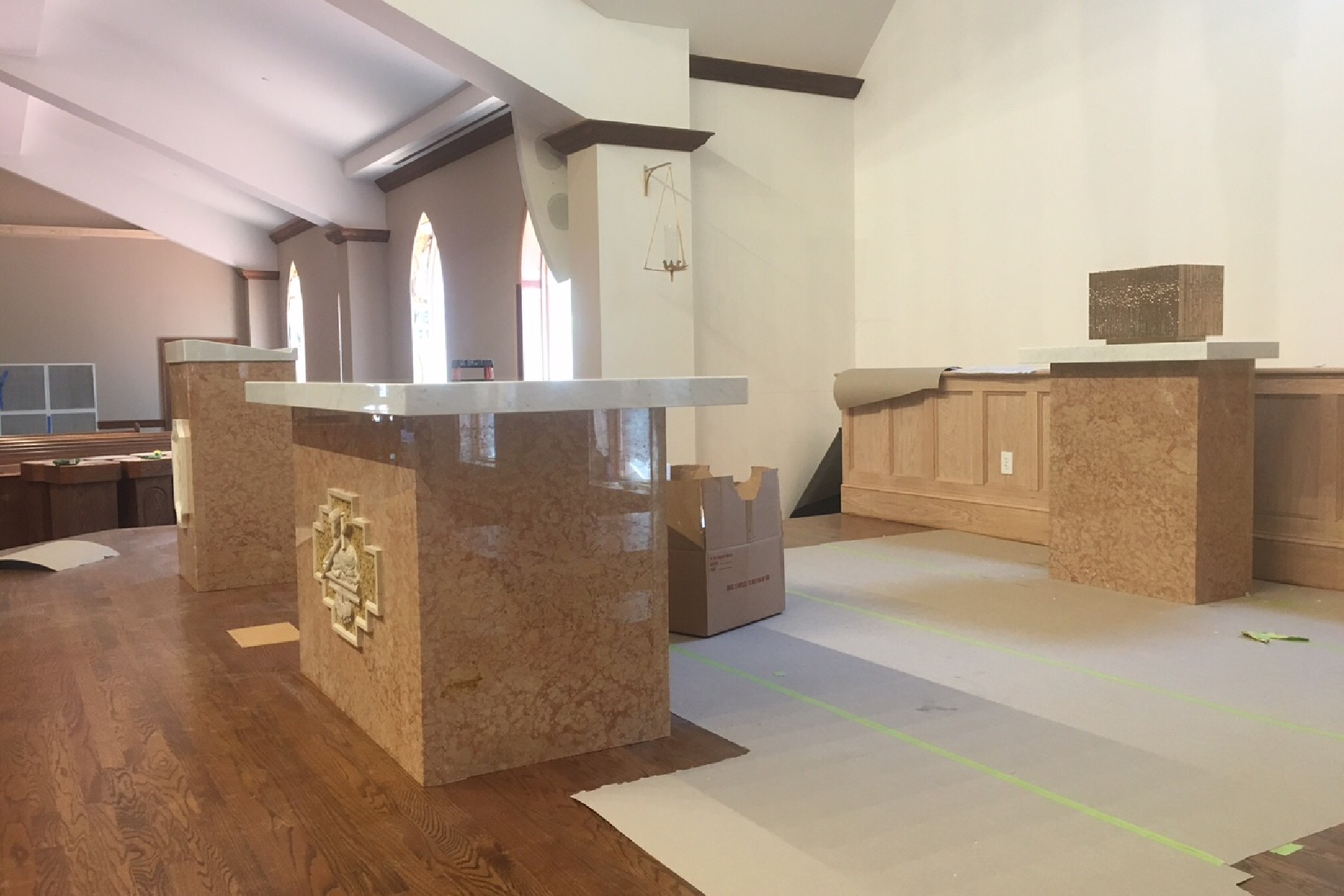 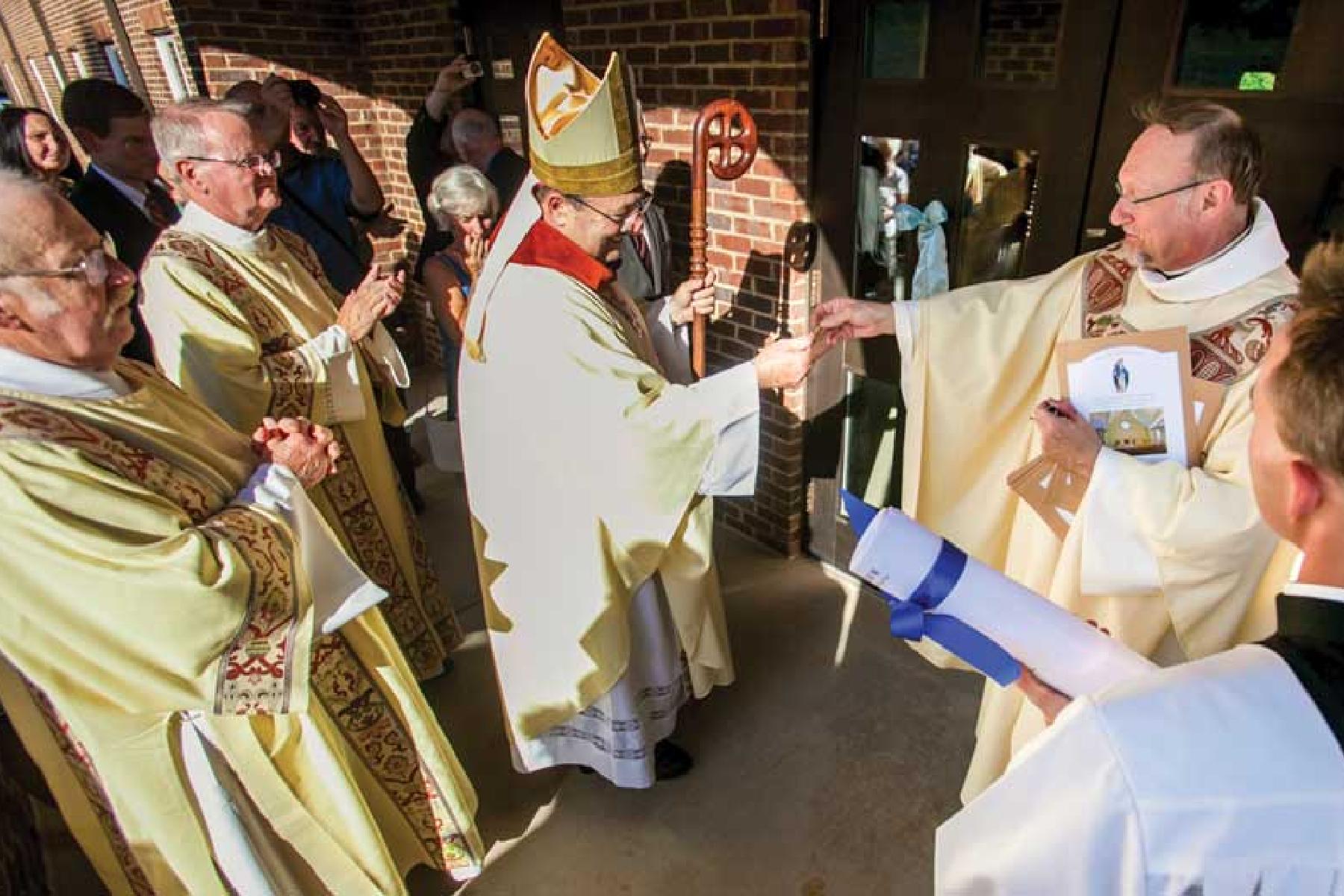 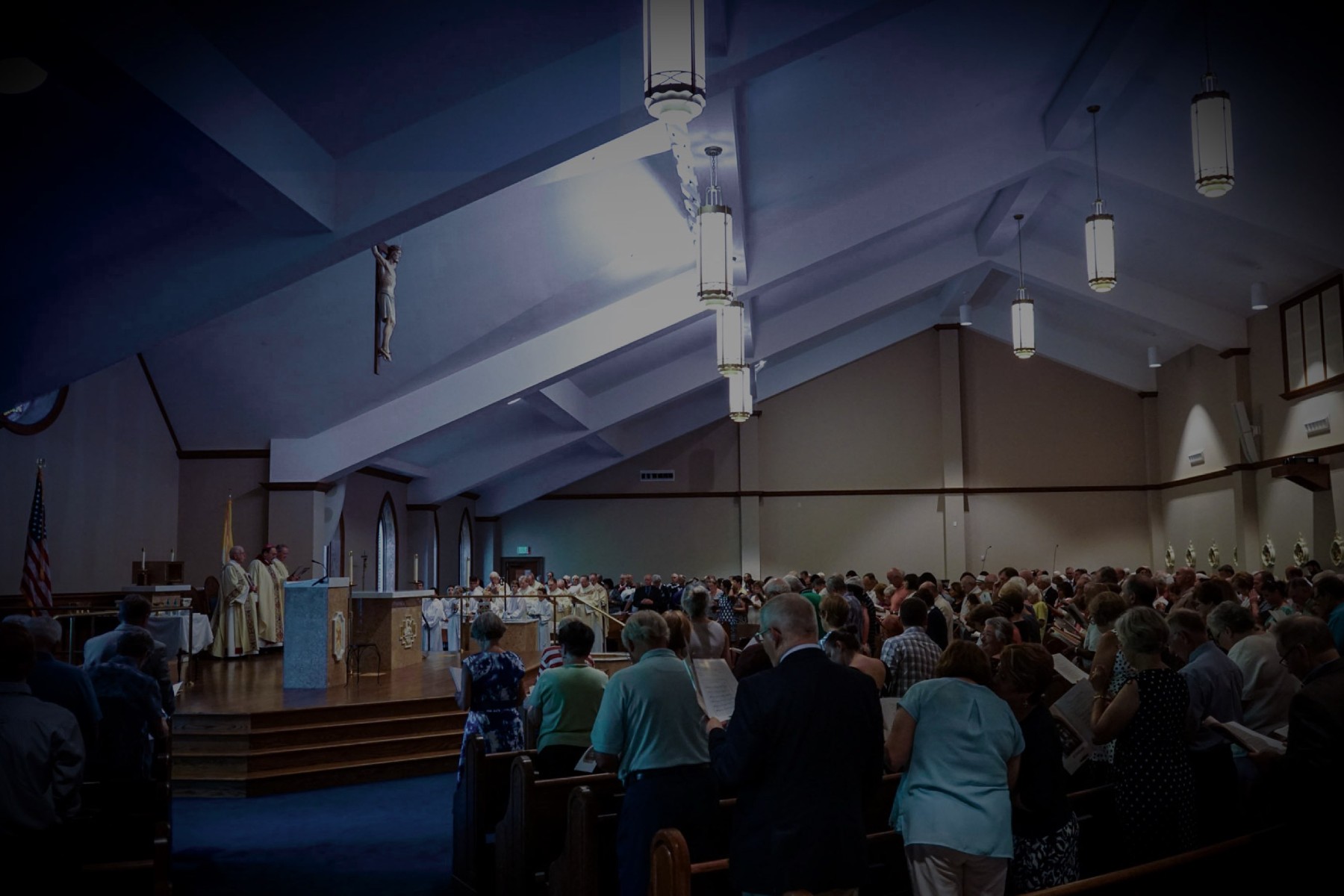 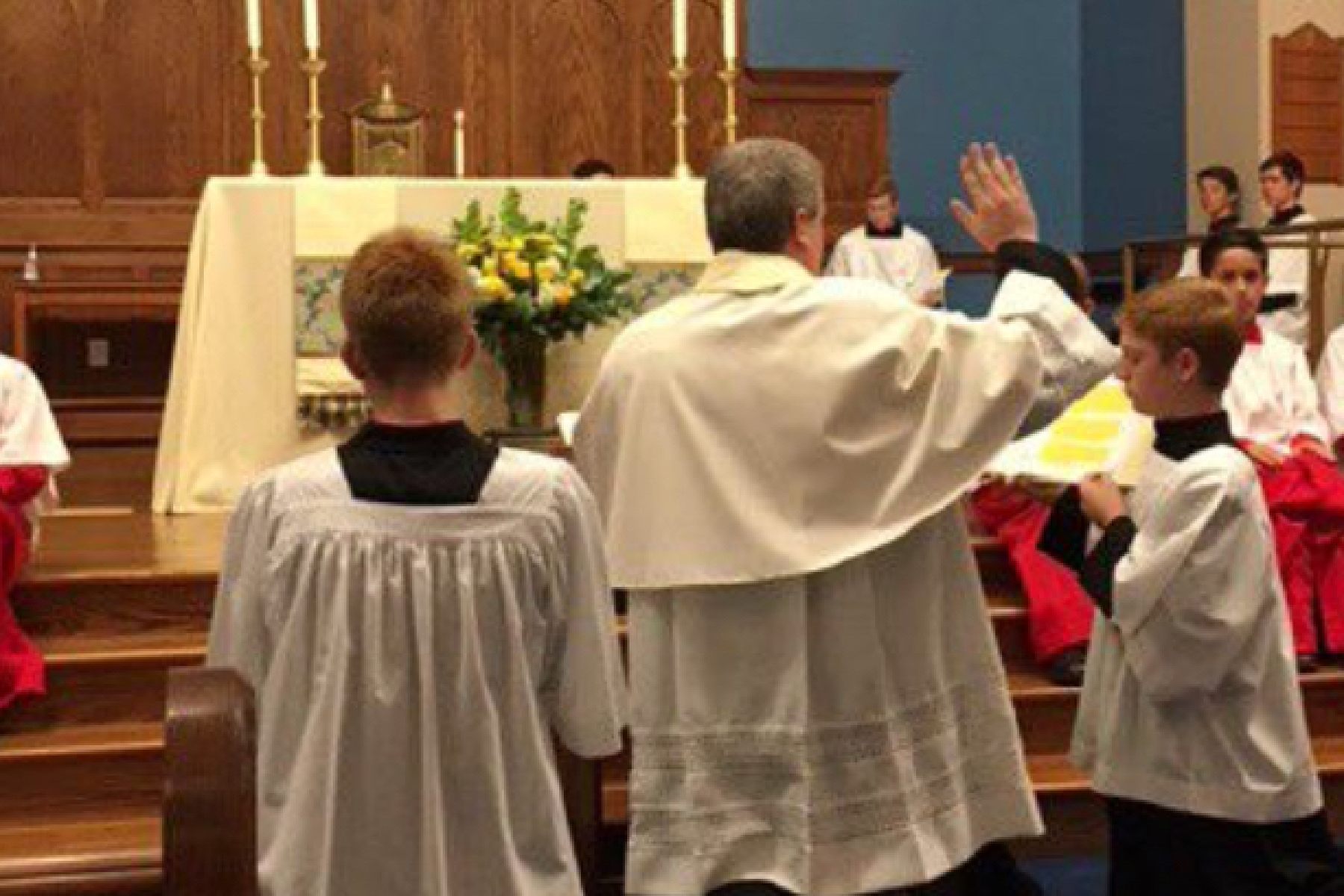 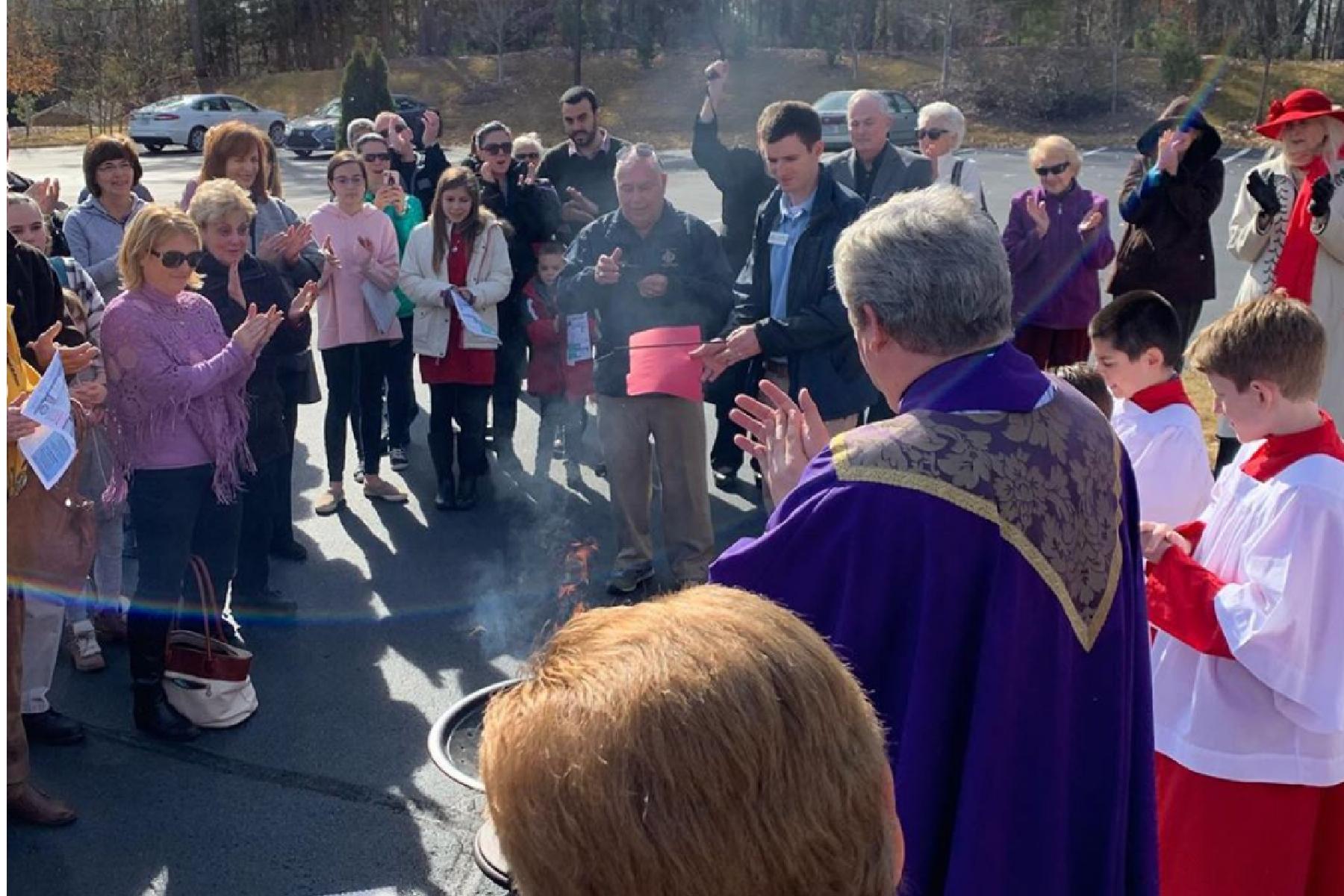 © 2021 Our Lady of Grace Catholic Church, Diocese of Charleston

© 2021 Our Lady of Grace Catholic Church, Diocese of Charleston